This year Amrit Publishers will publish at least four books in the series Decolonizing The Mind.
Asma Lamrabet: 20 Questions and Answers about Islam and Women

The first book is by Moroccan theologist Asma Lamrabet in the subseries 20 Questions and Answers. Her book 20 Questions and Answers about Islam and Women deals with questions like “Are men and women unequal in Islam?”, “How does the Qur’an talk about women?”, “Do men have authority over women in Islam?”, “Why do women inherit half of man’s share in Islam?”, “What are the Qur’anic ethics of marriage?”, “How can we promote gender equality in the Arabs society”.
According to Lamrabet for centuries the question of “women in Islam” has been held hostage by two opposing but equally radical perspectives: one, rigid Islamic conservative; the other, western, ethnocentric, and Islamophobic. She argues in favour of an enlightenment, “a feminine and feminist enlightenment that makes the spiritual its point of departure, in order to return to the roots of the Qur’an, the divine, eternal word. An enlightenment whose relationship with the Superior is one that is fundamentally liberating as it liberates the devotee from all other servitudes; that frees one from conformity to trendy models; that aspires to be neither predictably Western nor stereotypically Oriental, but autonomous and independent; one that is free to decide for itself, to redraft its own history and make its own choices; to rewrite its history and to determine its own place. An enlightenment that while confidently rooted in its own spiritual legacy, aspires to be open to all forms of human interchange, and ready to share with “others,” all “others,” its universal values of ethics and justice.” 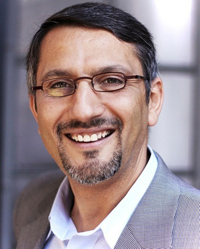 In an extensive study of the occupation of Palestine Hatem Bazian from the University of California Berkeley provides a decolonial analysis of the most pressing struggle in the world. The book’s subtitle is taken directly from the letter of Theoder Herzl, the founder of modern political Zionism, letter to Great Britain’s Minister of Colonies Cecil Rhodes that sought support for the Zionist settler colonial project in Palestine. In 1902, Herzl wrote to Rhodes stating: “You are being invited to help make history. It doesn’t involve Africa, but a piece of Asia Minor; not Englishmen but Jews… How, then, do I happen to turn to you since this is an out-of-the-way matter for you? How indeed? Because it is something colonial.” Palestine is the last settler colonial project to be commissioned in the late 19th early 20th centuries and still unfolding as we enter into the 21st Century with no end in sight.

Stephen Small from the University of California and independent researcher Kwame Nimako are writing a book in the subseries 20 Questions and Answers. Their book is on Black Europe.
In Europe today, racism still rules, racial inequality still rises, and Black people are still regarded as permanent strangers. Black people are neglected, marginalized and ignored. If Black people are considered at all, then research and knowledge production in universities and mainstream organizations still conceptualizes them in a paradigm based on immigration, adaptation and tolerance. In this book the authors put Black people first. They focus on citizenship, racism and historic rights. They describe and interpret the experiences of Black people in Europe in the context of the African Diaspora. They bring the Decolonizing the Mind Framework (DTM) to the foreground of our analysis. A framework that rejects the assumptions of mainstream scholarship, provides new questions, introduces a more critical framework and is articulated through progressive terminology. And a framework that centers gender analysis and the experiences of Black women in Europe.

Sandew Hira: Decolonizing The Mind (DTM) – Imagining a New World Civilization. A Fundamental Critique of Scientific Colonialism and Another Discourse of Liberation

This voluminous study by Sandew Hira, director of the International Institute for Scientific Research in The Hague, aims to develop a theoretical framework for the concept of Decolonizing The Mind (DTM). The study starts with an overview of how the concept of DTM was explored in different parts of the globe. It continues with the theoretical foundations of DTM in three dimensions: the critique of science (natural and social sciences), the development of alternative concepts in science and the translation of critique and alternative into policies for change. DTM is presented as an alternative discourse of liberation. It provides a critique of the Eurocentric bias in Marxism and develops a framework for decolonizing the curricula for knowledge production both in the natural and social sciences.